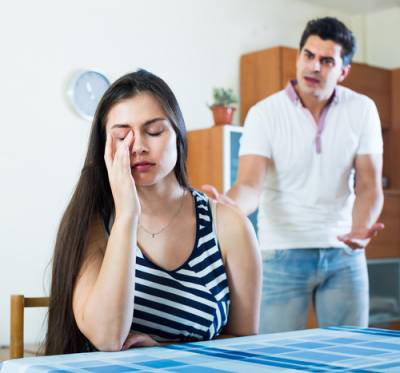 Marriage is not always as easy as we hope going into it. Sometimes it is difficult and becomes a struggle to make it from one day to the next. Yet, in many marriages, it is made even more challenging if the spouse is abusive. This also makes a divorce much more troublesome. In many cases, the abused spouse is in fear; fear for their life following the presentation of divorce papers, fear for the future of how they will get by on their own, and also fear for the impact on any children involved. A dissolution of marriage involving an abusive partner can strike anxiety in even the strongest of people, yet it is extremely possible and will make a positive impact in your future.

Abuse is causing or attempting to cause intentional or unintentional:

The state of California further defines abuse in Family Code 6320, which states:

ACTIONS YOU CAN TAKE

If your spouse injures you, call the police immediately. The police can have the judicial officer on-call issue an emergency protective order (EPO). This will ban your spouse from the premises and to a certain distance away from you and your children. It can also issue temporary custody of the children, if necessary. This is even true for situational abuse, in which the spouse is abusive because of an event. Do not take situational abuse lightly. It can be a catalyst for further emotional and physical abuse. The next step would be to pursue a temporary or permanent restraining order. This process can take up to three weeks to be finalized, yet will help protect yourself and your family from further abuse.

It can be overwhelming to a spouse that has been abused for any length of time to think of how to get out of such a situation. However, once the decision is made, evidence should be gathered. This may be photographic in the event of physical abuse. Remember to show damaged property as well as any bodily injury in photographs. Documents such as text messages or emails should be collected, as well. Also, think of anyone who may be an eyewitness to the abuse or to a conversation admitting the abuse. All of this evidence may help you in the future when it comes to splitting up the property as well as custody battles. The court may be able to rule in your favor to get you what you deserve after all that you have endured.

Following the filing of divorce papers, a temporary restraining order goes into effect. This is not the same as the domestic abuse restraining order. This simply prevents either party from leaving the state with children, transferring money or property, or unusually large purchases. If any unusual activities occur, they will need to be justified and even may work against the offending spouse in the case.

If you have been married for less than five years, have no children and no large debts or property other than automobiles, and do not own a home together, then you are eligible for a summary dissolution. This is a quicker form of divorce with less paperwork and there is no need to appear in court. If this method is possible, you and your spouse will need to just be able to agree on the disbursement of the property. Your lawyer will be able to assist you do this safely and legally.

IN ALL OTHER CASES, THE STATE OF CALIFORNIA REQUIRES EITHER OF THE FOLLOWING TO APPROVE DIVORCE:

You must also have lived in the state for a minimum of six months and in the county that you are filing your paperwork for at least three months. Other than that, California is a “no fault” divorce state, which means that one partner can choose to divorce their spouse without proving that the other did anything wrong. Simply stating that the two individuals do not get along is enough to file for “irreconcilable differences”. There does not even need to be an agreement between the spouses that the marriage was over. One can choose to end it at any time, and if the opposing spouse wants to stay together, there is a default process that will proceed to end the marriage.

If you are in an abusive relationship or fear that it may become abusive once divorce papers have been filed, the Law Offices of Steven E. Springer are here to get you the help that you need and deserve. If you are located in the Morgan Hill, San Jose, or Fremont CA area and would like the help of an experienced Alemeda County family attorney, please do not hesitate to contact us at 408-779-4700.