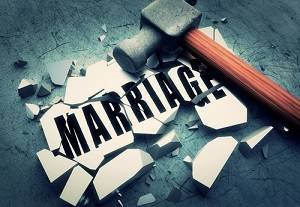 If you have realized that your marriage is no longer working and you want to end it, there are various options to consider. The typical resolution is a dissolution of marriage, better known as a divorce, however there are two lesser known solutions. These are legal separation and annulment. While all three signal the end of the marriage or domestic partnership, they are three very different approaches, each with their own set of guidelines.

Divorce is often the “go to” option to end a marriage, with good reason. At the end of the six month process, the couple will officially and legally be single again. The individuals would even be free to marry again, if they so choose. The laws regarding divorce in the state of California are modern and easily understood and followed. As this is a “no fault” state, in order to have a divorce approved, simply one of two things must be true. These are:

It is also true that it takes only one person to complete a divorce in California. Even if the one receiving the divorce papers does not want it and refuses to cooperate, a “default” judgement will be made and the divorce will go through. There does not need to be any proof of misconduct or suffering, simply stating “irreconcilable differences” as the cause is enough to have the dissolution approved. Furthermore, this process does have a six month mandatory waiting period, starting the date that the divorce papers are received. Although the divorce may be approved before then, the waiting period still applies and does not become effective until that date is reached.

The differences between divorce and legal separations are numerable. The largest one is that you are not actually legally single or able to marry again with a legal separation. The couple is still, in the eyes of the law, married. Although, there is a similarity in that the court can still assist in making these following decisions:

There are a wide variety of reasons why many couples do ultimately decide that a legal separation is better for their situation than a finalized divorce. Some of the most common reasons are:

This type of division is ultimately the most rare. It is mistakenly believed that an annulment is issued only for short term marriages. This is absolutely not the case. An annulment is a legal process that ultimately deems the marriage or partnership as invalid and void. Moreover, annulments result in the erasing of the marriage due to the fact that it was never legal in the first place. Essentially, in the eyes of the law, “it never happened”. As you can imagine, this is more of a task than a divorce that requires no fault or evidence. In the case of annulment, one must prove that the marriage is invalid. Some of the most common cases are:

If you are considering ending your marriage and you have questions about which path is the best one for your situation, it may be helpful to consult with a skillful attorney. In many cases, an attorney can save you time and money by avoiding a courtroom battle. The right attorney can either make or break your case and the right one for you will make the process less stressful by taking control of the situation and assisting you in weighing your option. If you would like to speak to an experienced San Jose divorce lawyer, contact the Law Offices of Steven E. Springer at 408-779-4700 to schedule your 20 minute free initial consultation. With over 30 years of combined experience, we have the knowledge and experience to skillfully answer any questions you may have and to help guide you through the legal process.