FROZEN EMBRYOS: WHO GETS CUSTODY? 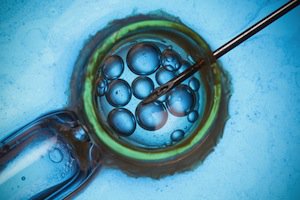 Determining child custody is an obvious part of any divorce case involving minor children. However, what happens when the children are not yet, and may never be, born?

On July 13, the San Francisco Superior Court began hearing arguments in a trial with potentially groundbreaking legal implications involving the issue of custody rights over frozen embryos during divorce proceedings.

The individuals at the heart of the embryo custody case include two spouses, a man and a woman. The couple was married three years ago, immediately after the wife was diagnosed with cancer. With the knowledge that subsequent surgeries and chemotherapy treatments would render the 41-year-old woman sterile, the couple immediately began the process of in vitro fertilization. Five embryos were created and subsequently frozen, while the wife underwent treatment. Three years later, the couple divorced.

The trial now concerns the fate of the frozen embryos. The wife desires to preserve the embryos, as they are her only chance of producing a child biologically. The husband, on the other hand, wants the embryos destroyed.

Prior to beginning the in vitro fertilization procedure at the University of California, San Francisco, the couple entered a signed agreement regarding custody of the embryos. One of the questions before the court will be whether the agreement may be enforced.

The agreement stated that in the event that either the wife or the husband were killed, the other would gain custody of any remaining embryos. The form also stated that if the couple were to divorce, the embryos would be destroyed. The husband seeks to have the agreement enforced as a contract entered into by the two spouses, while the wife argues that the agreement was never between the couple.

Further complicating the issue is the existence of a law in California which forbids the use of embryos without the consent of both parties. This raises the question of what further processes will be required if the wife is successful in this custody battle. It may be that even after obtaining custody, she still will not be able to bring the embryos to full term without the husband’s consent.

The issues involved in this case are unprecedented in California, although other states have been grappling with similar questions. In June, a Chicago appeals court, in a case with similar facts to those facing the court in San Francisco, concluded that the woman in the wife’s position could retain custody of the embryos in spite of her husband’s opposition.

If you are considering in vitro fertilization and are concerned about the effects of this law on your own procedure and rights in the event of a divorce, an attorney’s advice can be invaluable in helping you understand the law and come to an agreement that will put your mind at ease. Please contact the skilled San Jose family law attorneys at The Law Offices of Steven E. Springer at 408-779-4700 to schedule a consultation with an attorney, in Morgan Hill, San Jose or Fremont.