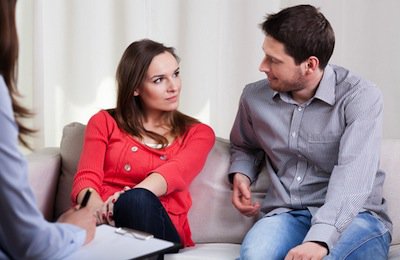 When a couple disagrees on issues such as alimony or child custody, divorce can be complex and costly. However, the process can be simplified and cheaper when a couple is in agreement.

In California, a simplified divorce, also known as summary dissolution, is available to some couples. It is cheaper, quicker, and less emotionally stressful than a regular contested divorce.

To begin, spouses must first file a joint petition for summary dissolution, which is signed by both spouses. They must also fill out certain forms disclosing their property, income, expenses, etc. Additionally, spouses will need to complete a settlement agreement, which divides the couple’s community property and debts.

If neither party objects, and the settlement agreement is reasonable, the court will then issue a judgment of dissolution and a notice of entry of judgment. Hearings in court are not required. The divorce date will be six months after the date of filing for dissolution, after which either party may remarry.

During the six month period before a divorce is effective, either spouse may file a notice of revocation. This may be done to reject the settlement agreement, to reopen the documentation, or when a couple reconciles. The filing spouse must mail notice of the revocation to the other spouse. The revocation destroys the simplified status, and if the couple still wants to divorce, they must re-file for regular contested divorce.

After the six-month period has expired, if a spouse wants to set aside the summary dissolution, he or she would have to show fraud, duress, accident, mistake, or other similar grounds.

Going through the divorce process can be stressful; however, stress can be decreased in some situations through the use of a simplified divorce. If you are considering a divorce, please contact us for a free initial consultation with a skilled