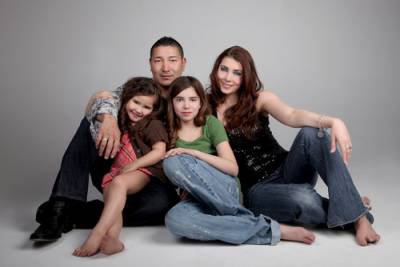 Adopting a stepchild can be an emotionally charged situation. Deciding what is best for the child or children can prove to be a difficult task. On one hand, a non-custodial biological parent may be in communication with the child, and may not want to relinquish their parental rights. However, a stepparent adoption may create a more stable environment for the child, which would prove to be a better choice. Yet, a stepparent and a non-custodial biological parent may still both have loyalties of the child, and that may create a source of confusion and frustration. Generally speaking, the less involved a biological parent is, the easier the decision will be. Ultimately, it is something that will need to be decided by all parties involved.

If it is decided that a stepparent adoption is the best choice for the family, it will permanently and legally bind the parent-child relationship. It shows an undeniable affection for the child and provides the child protection should anything happen to the natural parent. It is often the choice of widows or widowers, as well as in situations where the other parent is dangerous or otherwise unfit to parent, in which both cases, the adoptive parent would want full ability to take care of the child in the event that their spouse is no longer able to. Adoptions are available both to stepparents as well as registered domestic partners.

Of the many forms of adoption in the state of California, stepparent adoption is both the most common and generally easier to do. The court may choose to streamline the process for you because you are already related. The home visits, adoption hearings and the long wait period may all be removed at the courts discretion. In stepparent adoptions cases, the following requirements must be met:

Getting the non-custodial parent to agree may be difficult to obtain because doing so means that the parent is giving up their legal rights to see the child, to make decisions on medical treatment as well as decisions on education. In the State of California, no child shall have more than two parents, so adopting while they are still a parent is not possible. However, there are ways to override the agreement process. In order to have a parent’s rights terminated, the other parent will need to prove the following scenarios:

Do not get discouraged. Stepparent adoption can be a wonderful gift to the child. The child gets the emotional benefit of knowing that the stepparent cares for them that deeply. Yet it has long term benefits for the child as well. They will always have financial support from both their biological parent and the adoptive, they will have access to family records and medical history, and they will have health and life insurance coverage from both parents, are eligible to inherit from both parents, and will also be privy to social security and veteran’s benefits, if available. Stepparent adoption has many future benefits for the child that can be life changing.

Stepparent adoptions can be a daunting task as well as an emotional roller coaster. It may be hard to think clearly on all of the options and forms that will need to be filed and documented. It is often much smoother with legal aid from an experienced Morgan Hill family law attorney. The right attorney can increase your likelihood for success. Here at The Law Offices of Steven E. Springer, we have the experience and the resources you need to help you through this process. If you are located in the Morgan Hill or Freemont, CA area, please call us to schedule your free consultation at 408-779-4700. We look forward to helping you make your stepparent adoption a successful process.