WHAT IS "NO-FAULT DIVORCE?" 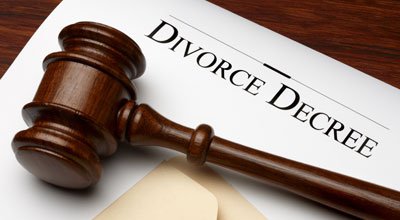 There are a variety of defenses available in fault divorces, including that the other spouse is equally at fault (recrimination) or that one spouse was enticed or tricked by the other spouse to act a certain way (provocation). An example of provocation may include tricking the other spouse into committing adultery, which, although it is difficult to prove, has been considered grounds for denying a divorce in older courts. The divorce could also be denied if the couple decides to make up a story together so that they can get out of the divorce (collusion). There several other defenses available as well. Most states today do not have the full version of fault divorce available, and even if they do have it, it is rarely applied.

Thankfully, California is a no-fault divorce state, so neither party has to prove anything about the other spouse. California was actually the first state to pass no-fault divorce in 1970. The only thing that the couple has to show is that there has been a breakdown of the marital relationship. That could be something as simple as the couple does not want to be married any longer because they cannot get along.

For more information about divorce, or any other family law issue, contact an experienced family law attorney. Call 408-779-4700 for a free 20 minute consultation with an attorney at the Law Offices of Steven E. Springer.